About Us
Like most technology startups, Hansadrone started with a problem and the idea on how to solve it. Back then in 2015, drone delivery and the ecosystem around it was still a castle in the sky. But over the last years, technology became available and reliable, economic demand has grown and the legislative process is well under way to make all this become a reality. Based on a unique solution and backed by granted international patents, we want to add to this momentum.

Our Vision
At Hansadrone, we believe that autonomy and in particular autonomous transportation is the next big thing and delivery drones will be a big part of this. eCommerce has revolutionized the retail business in the last years, almost any product can be purchased online and delivered home. This has led to an immense growth of last mile deliveries which is causing a variety of problems from delivery vans blocking the streets to a large increase in packaging waste. Still, customers want their deliveries ever faster and cheaper.

Drone delivery has the potential to solve this problem by offering very low cost and almost real time deliveries right into the hands of the customer. We also believe that drone delivery can only become a success if all customers can be served right there where they live. In all developed countries around the globe, the vast majority of people lives in cities and in Europe and Asia, over ⅔ of the population lives in apartments with no backyard and thus no place for a drone to land. Urbanisation, eCommerce and demographic change are global mega trends. We believe, autonomous transportation is the solution to that.

The steam engine was the first example of a base technology. It could be used to drive a mill, a forging hammer, a pump in a mine and in many more applications. It affected the production of almost any product back then. Russian economist Nikolai Kondratjeff introduced the theory of the “long waves”, each one associated to one base innovation and the cycle of rolling it out. Since the beginning of the industrial revolution, there have been a couple of those base technologies. They seam to come roughly once every 50 years:

The last base technology was Information Technology, which without any doubt has completely changed the way our economies produce goods and services. The big question is about the next base technology to come.

So, following this scheme, the next base innovation has to be a logistics innovation!
With the introduction of the computer, the internet and eCommerce, any product or service can be purchased from any producer around the world with just one click. Payment providers take care of the financial part of the transaction. Yet to be served and solved is the logistics part of physically bringing together product and customer. Autonomous transportation can fill this gap with self driving cars and trucks, logistics robots inside warehouses as well as autonomous delivery vans and drones.

Another perspective will lead to the same result: Looking at the limiting factor, the one resource that most blocks progress from happening because of its shortage. And with no question, transportation is one of the biggest pain points today. We spend hours in traffic every day, cars and trucks pollute the air. A large workforce is employed with rather low wages and tough working conditions like truck drivers, taxi drivers or delivery boys. In many countries, logistics companies don’t even find sufficient workforce to meet their demand for expansion. All those topics will get solved by autonomous transportation with self driving cars and trucks, flying taxis and delivery drones.

So, no matter how you count it, be it the third or fourth industrial revolution or the sixth Kondratjeff cycle, we believe that autonomous transportation is a valid candidate to be at the center of the next technological revolution. The future is coming. We are ready to be a part of it! 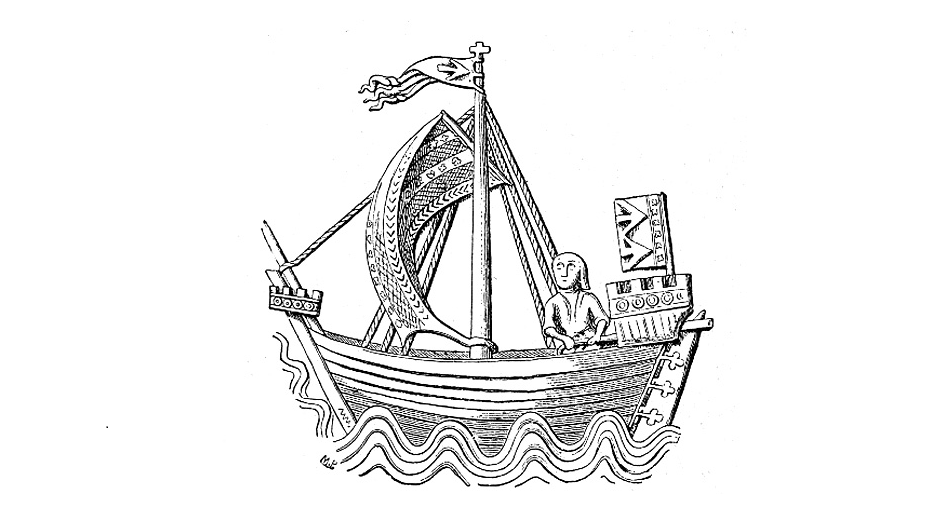 About "Hansadrone"
Hanseatic cogs have been the backbone of the logistics revolution in the European mediaval times.

They allowed reliable connections across the Baltic Sea and North Sea to exchange and trade goods from Scandinavia to continental Europe and vice versa. This exchange lead to increased wealth on both ends.

We have named our company in that tradition as we believe that drones will take a central role in the upcoming logistics revolution.